Are these the seven wonders of the 21st century world? 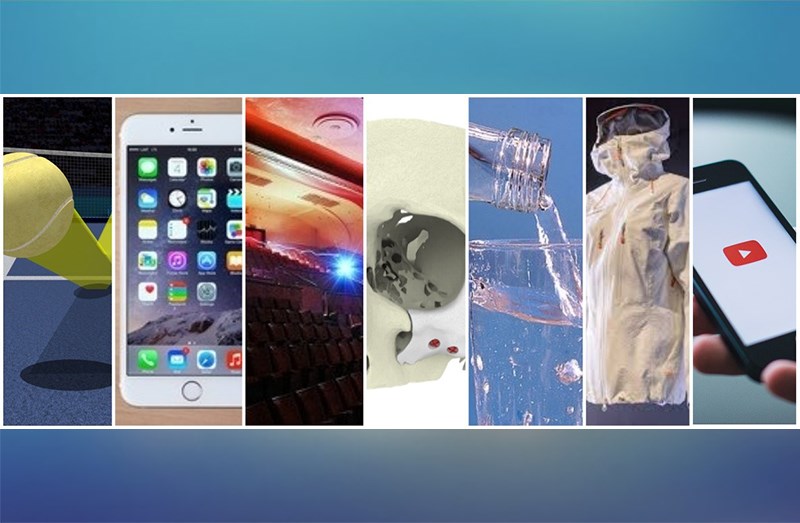 We asked young engineers to identify seven wonders of the 21st century world that are rarely recognised as feats of engineering. The list includes breakthroughs in fashion, sport, technology, entertainment, film, healthcare and the environment, and highlights the increasingly broad role of engineering in everyday life.

Gore-Tex Fabric is a waterproof, breathable membrane that repels liquid water while allowing perspiration to pass through, and is bonded as a waterproof layer to outdoor clothing and footwear – the latest version consists of a single waterproof membrane, reducing weight by eliminating the need for a face fabric. Gore-Tex is robust and durable and has greatly reduced the use of waterproofing sprays and waxes that must be reapplied as they wear off.

Hawk-Eye is a computer system that visually tracks the trajectory of a ball and displays a profile of its statistically most likely path of movement. The system generates a graphic image of the ball path and playing area, which means that information can be provided to judges and television viewers in near real time. The system has been implemented across numerous sports including tennis, cricket, football and badminton, assisting referees with a trusted and accurate referral system used to settle tight calls.

Dolby Atmos creates powerful, moving audio by introducing two important concepts to cinema sound: audio objects and overhead speakers. Together, these completely change how soundtracks are created and heard. Traditional stereo surround soundtracks – as pioneered by Dolby for Star Wars in 1977 – confine all sounds to a small set of channels that can deliver sound from only a few perceived angles. Dolby Atmos frees sound from these channels and enables artists to treat specific sounds as individual audio objects. These can be precisely placed and moved by the soundtrack creator anywhere in the cinema's three-dimensional space, making the cinematic experience far more immersive.

Apple's iPhone launched a mobile communications revolution in 2007, introducing the world to apps and putting the internet in everyone's pockets. Building on the enabling technology of the ARM chip that powers 95% of smartphones, the launch of the iPhone revolutionised the user interface on ‘smart’ devices, and their consistency and simplicity brought a whole new audience to smart devices. Smartphone development provided a catalyst for the miniaturisation of processors and advances in screen technology, gyroscopes and GPS connection that have changed the way we live.

Launched in 2005, YouTube has played a central role in democratising video distribution. YouTube took internet protocol video (streaming video from one device to another) from a relatively minor service to something used by all, and paved the way, once broadband was widely adopted, for services such as Netflix and Amazon Prime. Since being acquired by Google, the platform has integrated 360-degree video, virtual reality and live streaming. Today, anyone can launch their own YouTube channel—and potentially become a megastar, without the help of Hollywood studios, networks, or agents.

One of the most recent developments on the list, 3D printing technology is being used to create custom structures and scaffolds, made of ceramics similar to natural bone, that new bone can grow around. The latest implants are bioactive, encouraging bone regrowth and enabling the bone to integrate with the implant. These techniques are already in use for surgery on areas like the jaw and face, and it is also possible to inject bioactive ceramics into larger, load-bearing bones to help them heal.

Clean water makes the difference between life and death. Diarrhoea caused by dirty water and poor sanitation kills a child under five every two minutes, but one in six people around the world still do not have access to clean water. While engineering has been used to provide clean water in developed countries for centuries, engineering innovation continues in water sanitation, distribution and treatment, from reducing environmental impact by recycling energy from sludge treatment to developing smart filters made of graphene.

What do you think of this list? Is there anything we have missed? Let us know on our Facebook page below: