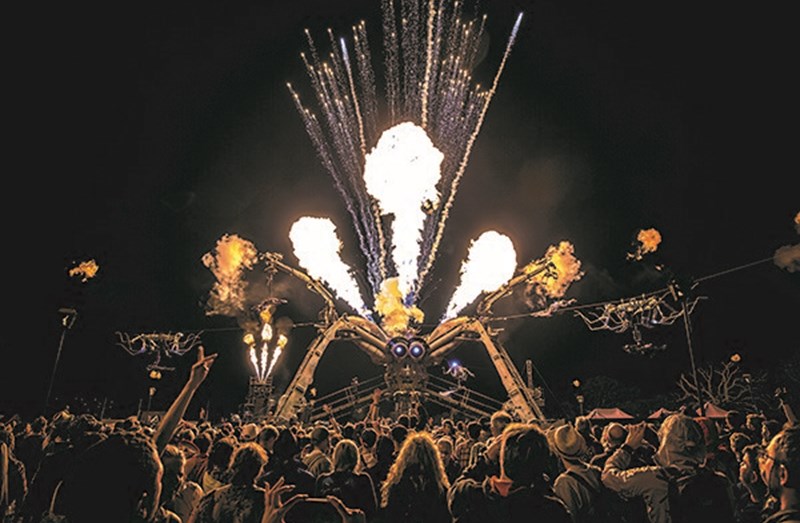 Over the last few years, the giant firebreathing Arcadia spider has become one of the most talked-about attractions at the world’s largest greenfield festival – Glastonbury.

But among all the music and the art, did you know that it’s engineers who make it happen? The people behind the stage have shared these five amazing facts with us:

At 15 metres high it’s double the size of your average family home, and at 50 tonnes weighs as much as four double-decker buses. Wow.

...but packs up small

The spider performs around the world, so needs some clever engineering to ensure it can collapse down for easy transportation before being pieced together again wherever it has a show. The whole setup can fit into just five shipping containers – and the team designed it from the very beginning so that nothing would be too big to transport.

90% of the spider is made from recycled material – plane engines, helicopter trails, and log grabbers found in scrapyards all form parts of the huge structure, making it part stage, part sculpture.

The spider is the brainchild of Pip Rush and Bertie Cole, who brought together their different experiences of art, design and sculpture along with structural engineering to make Arcadia a reality.

It takes a whole team of people to make each show though – from the engineers and welders who erect the stage, to those who ensure the fire, lightning and lasers in the performances are being used safely. Plus, of course, the dancers, acrobats, DJs and sound engineers who bring the spectacle to life.

Rocking all over the world

As well as the UK, the Spider has performed in the USA, Australia, Taiwan, South Korea, and Croatia, to name but a few countries. For each show, the core team work with local suppliers to get things up and running – meaning that these engineers get a lot of experience travelling the world and meeting new people!

To find out more, check the full Ingenia magazine article by clicking the button below.