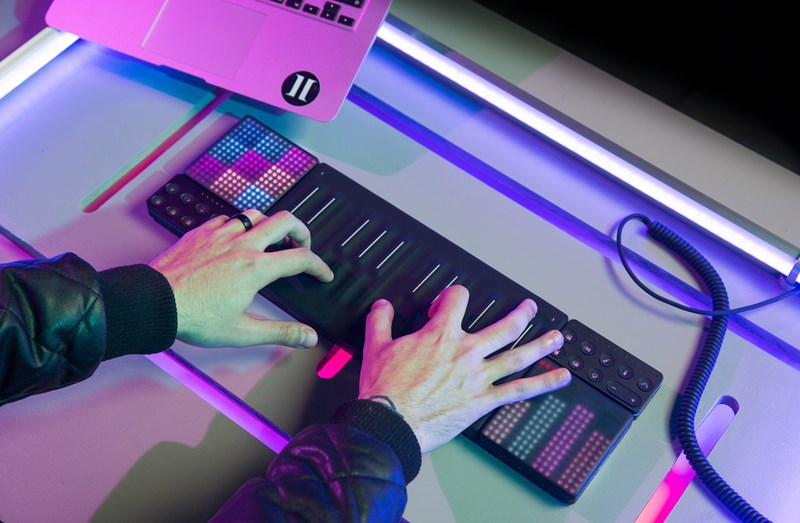 Normal musical instruments have limitations in the music they can create. A team of engineers wanted to combine digital technology with the acoustic feel of an instrument. They made ROLI – an instrument to find “the space between the black and white notes”.

What is ROLI made of?

The instrument has a silicone coating, similar to a wetsuit or stress ball in texture, on top of a sensor board. The sensors transform touch into sound through software that works with desktops and smartphones via Bluetooth.

How can it be played?

Musicians can play between the ‘keys’ of a keyboard to produce a wide range of sounds, which are all entirely digital.

It can be played easily with sweeping and sliding strokes. Different pressures affect the sounds, and different parts of the keys can be pressed to change notes. For example, it can simulate the effect of wiggling a figure on a guitar string to create different sounds.

Where is it used?

World-famous musicians and record producers such as Pharrell Williams, Stevie Wonder and Hans Zimmer have all used this instrument, and Ryan Gosling’s character plays one in La La Land.

Several schools have integrated the instruments into their curriculums, with primary and secondary schools and universities using them.