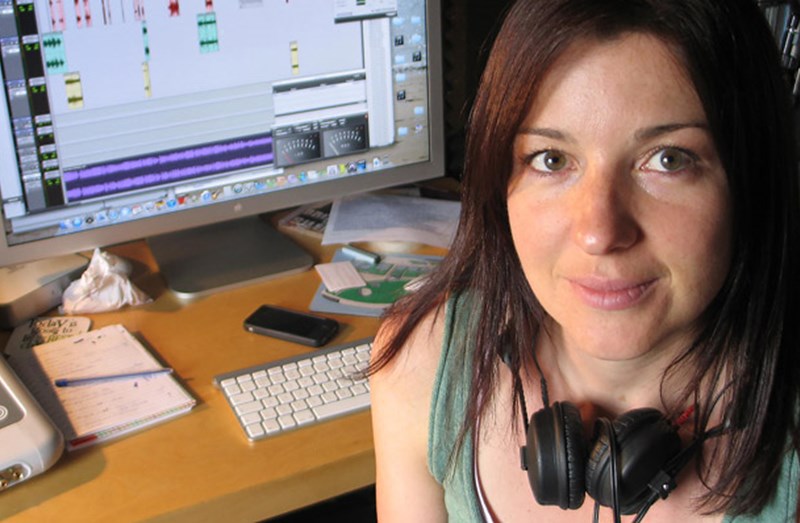 Eloise is a sound engineer and designer – creating the realistic sound behind radio dramas. She dropped into Tomorrow's Engineers on her way to Radio 1 to reveal about how she got into this fun job.

Can you explain what a sound engineer does?

A sound engineer in radio, film, TV or animation records all the spoken audio for the entire programme. The effects are added afterwards, like dogs barking and doors opening.

What first got you involved in sound engineering?

I was interested in sound and radio as an A-Level student. I took a course run at a recording studio, learning how to attach microphones to a drum kit or a band. From that I went on to do a degree level qualification and got a job at the BBC.

Can you tell us about some interesting places you’ve recorded?

I’ve recorded in Canada, in Berlin and in Paris. I get to go around the world quite a lot. I work mainly in drama so we often need to be somewhere else. You can’t re-create the sounds of 1950s Berlin in London so we’ll often go wherever the play is set to get authentic voices or actors.

What’s the most challenging scene you’ve had to record for?

I get really excited when I get the script and I see there’s something exciting that needs to be recorded. Once we were recording a play about a hurdler. So I went to a track, put a microphone on myself up and ran around hurdling. I was trying to recreate the breathing because you can’t get that just running on the spot or pretending to breathe, you actually need the physical movement.

What advice would you give to someone who was interested in finding out more about sound engineering?

You could get involved with the sound in a theatre play at school. Try and get work experience at your local radio station. There are a lot of events companies that do big sound gigs so you could get maybe explore those. The more you know the better you’re going to be and you don’t really know things until you start playing.

You can read Eloise’s full interview, and more real jobs profiles, on the Tomorrow’s Engineers website. And if you're interested in combining creativity with being technical, why not take a look at our Dream Maker - Sonya?