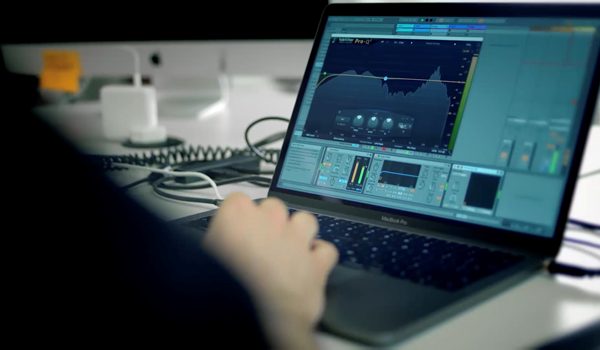 I’ve always loved music and play keyboards, guitar and bass. I got into making music on my computer and I find virtual instruments fascinating. Now I work as a software engineer working in digital audio, experimenting with sounds for TikTok.

I learnt about engineering through my dad – he was a lecturer in engineering at Durham University, which is where I grew up. After football or after school, if I was waiting for a lift home, I’d pop into his office and I’d listen in to  students and staff talking about engineering.

Music and maths were subjects I was interested in at school and when I started looking up university courses I realised that engineering would let me study more tangible things than maths and I could use my creativity that I applied to music. I didn’t expect to follow my dad! I chose mechanical engineering at Imperial College London because I felt it would keep my options open.

I continued learning at Imperial and studied computational physics for my PhD. I discovered that I enjoyed building the tools and software for the experiments more than the experiments themselves. That was how I found that software engineering was what I wanted to be doing full-time.

I’ve been playing with virtual instruments since I was 16 years old but couldn’t see a route into doing it as a job. I hadn’t done any computer programming as a teenager. But with my computer skills from university, I knew I could start working in music technology.

There are all sorts of companies shaping the future of music and virtual instruments. I started working on AI generated music and now work for TikTok as a senior software engineer. It is a bit different from being an audio engineer in a recording studio; I develop code which other software engineers can use to make creative audio and music apps. Music has so many parts to it – the notes, the speed, the sounds and instruments used – and interacting with music intuitively in a digital form as easily as picking up a guitar is important to let people be creative

I work on creating features that will shape the future of music apps – developing technology that hasn’t hit our devices yet. I think we’re hardwired to enjoy learning new things and having fun and I get to do both in my role. I make music in and out of work and now I know how the music software that I am using works.

I wouldn’t want to be a musician in the limelight, but my work lets me create music for millions behind the scenes and on the cutting edge of tech.